Annie Clark – A Legacy of Strength and Courage

She was 84 years, 7 months and 20 days of age and she was my Great Grandmother.

Although I have no recollection of her face I remember being taken to visit her, a bedridden old lady, when I was very young.  “Matilda” was the name given to a doll she made for me.

She was born Annie Clark and grew up in the lovely Cotswold town of Wotton Under Edge in Gloucestershire, U.K.

On Boxing Day 1888 she married George Williams, farmer, of Great House Farm, Llanllowell, Monmouthshire. Her brother, Charles, was a witness to the marriage. The newly-weds set sail on the Jumna for Queensland.

I imagine Annie experienced a range of emotions as she prepared to leave all that was familiar – excitement, anticipation and perhaps apprehension as she contemplated life in a new land. 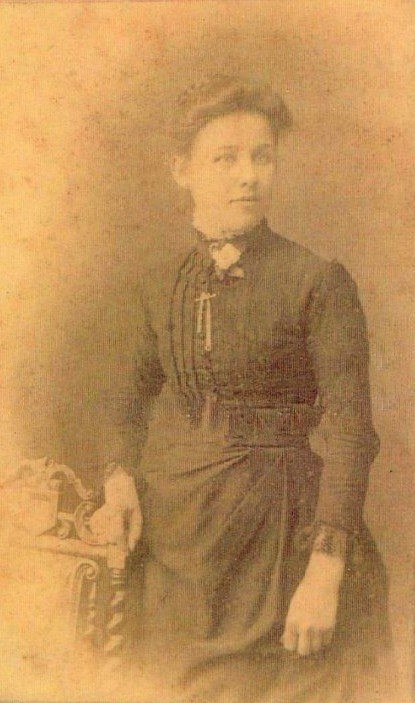 She brought with her from the old country one custom that has become a family tradition. On the morning of New Year’s Day, pick a sprig, large or small, from a living shrub or tree, bring it indoors and keep it safe until next New Year’s morning. This bringing-in is a symbol of faith that there will always be something coming in during the year.

Annie and George arrived Brisbane on 4th February 1889 and George soon acquired land at North Pine. It was here their three children were born – Ethel May 1890, Benjamin George, born and died 1891, and Benjamin born 1892. 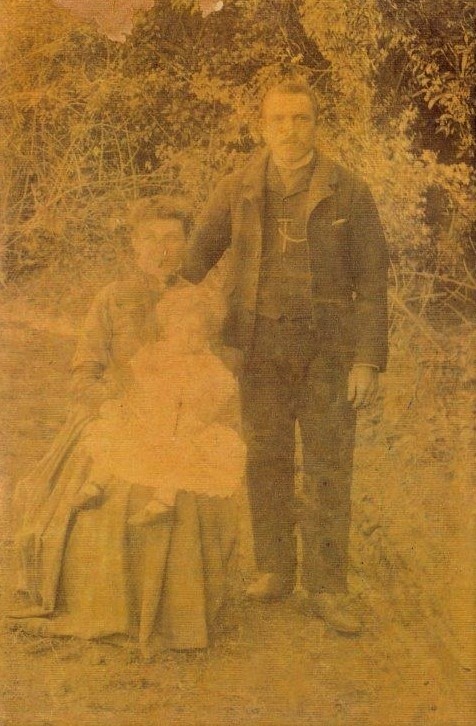 Annie and George Williams with baby Ethel May around 1890

The North Pine land proved unsuitable for farming, so George relinquished it and selected 160 acres at Dulong. (Por. 96v) The land was covered with dense scrub and areas had to be cleared before income producing crops could be planted. The couple soon became part of the small, isolated community. George was the first Mailman for the Dulong district, walking to Nambour to collect, then deliver, mail for residents. He was Treasurer of the School Building Committee and Secretary of the Provisional School Committee.

Life was progressing satisfactorily for the Williams family when tragedy struck in May 1896. A tree, later found to be rotten, suddenly collapsed and fell on George, killing him instantly. It is not difficult to imagine Annie’s grief and devastation. Quite apart from grief at the loss of her loved husband, the future for widows such as Annie who had no extended family was very bleak. Remarriage was often the only option for survival. The inscription on George’s headstone in the old Nambour Cemetery reads “Not Forgotten” as Annie prepared to marry again.

She married Henry Phillips in 1897 and the Selection was transferred from George’s name to Annie’ s. She retained ownership of the land always while Henry owned the stock. She had, around that time, a four roomed house with iron roof. 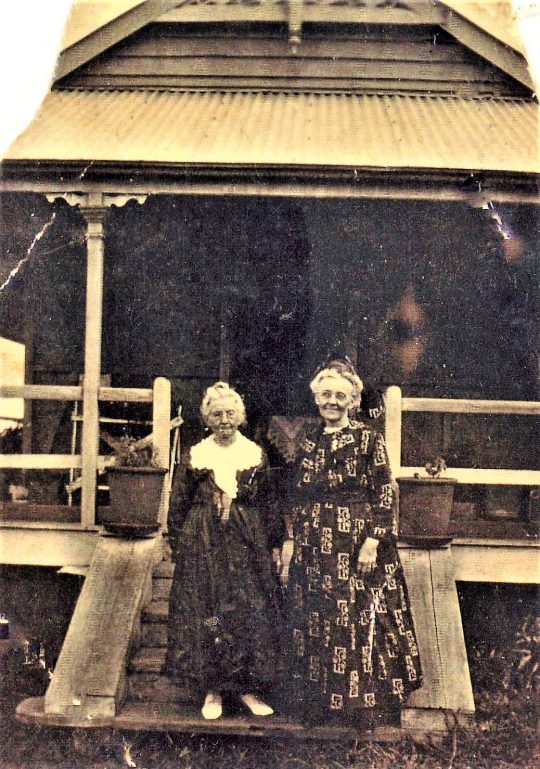 When World War One was raging, Ben, son of Annie and George, enlisted. He was in training, based at the Exhibition Grounds in Brisbane when he contracted measles. Pneumonia followed, and he died in Brisbane Hospital in 1915.

The 1920’s brought further tragedy and loss. Charles Clark, Annie’s only sibling in Australia, had migrated to Queensland in 1903 and had obtained work in a Brisbane store. He committed suicide in 1923 while visiting Annie at the farm. This loss was succeeded, in 1925, by the death of son Charles following an operation in Brisbane Hospital. Then son William died in 1926, from a tree-felling accident.

Annie and Henry decided to retire in 1928 and were given a farewell evening by residents of the district. They moved to Blackall Terrace, Nambour, and son Tom, recently married to Audrey, managed the farm. Henry died in his sleep at Nambour in 1943 and is buried there, as are his sons and stepson, Ben.

Annie was a devout Christian. Mindful of the 4th Commandment, she was concerned that the men worked on the Sabbath.

One Grand-daughter loved to whistle but Annie always chided her; “not ladylike”, she decreed.

During her long life Annie experienced much sadness, but she also possessed much courage – courage to leave her homeland to make a new life in a strange land, to live a pioneer life of hardship and courage to overcome the losses she faced.

To her descendants, she leaves a legacy of strength and courage in adversity.

NOTE: Phillips Road, Dulong is named for the Phillips family.