When the dam was built across the Obi Obi Creek in 1989 it flooded thousands of years of history. Baroon Pocket was one of only a handful of regional meeting sites where first nation people gathered for ceremonial, political and legal discussions and trade. Many travelled for months over 100s of kilometres to attend these gatherings and stayed in Baroon Pocket for weeks. The gatherings are remembered for the “Great Bunya Feasts” but they were much more than feasting. (Note: Baroon was also spelt by early Europeans as Boorroon, Burun and Boorum.)

One of the first Europeans to make use of Baroon Pocket was timber cutter, William Simpson, who noted in his diary that he left his bullock team in the Pocket over the Christmas of 1879 which he celebrated off the range at Mellum Creek (Landsborough).    (See North Maleny Pioneers) In fact, European settlement in Baroon Pocket actually pre-dates settlement in Montville when Robert Laverick selected a block in 1885 and moved on to it in 1886. (Note: The first person to actually live in Montville was T P L Weitemeyer in 1887.)

By the 1960s and 70s Baroon Pocket was a close community of approximately 12 families with most of these facing the inevitability of having their properties resumed and flooded. Verley Roberts recalls survey pegs on the family property from 1924 that marked out the height of the dam’s catchment. This was primarily a dairy farming community although Frank Roberts, Verley’s Dad, grew vegetables, including potatoes, pumpkins and beans to supplement the family income from a relatively small herd. It was a farm without machinery; Dandy, the Clydesdale, pulled the plow and milk skid, later to be replaced by Robin. (Appendix 1)

Verley was the youngest of 7 children, Steve, Grant, Kenneth, Dorothy, Esther, Ruth and Verley, herself. Only Esther, Ruth and Verley survive and they have delightful memories of growing up in the Pocket. Grant, Dorothy and Esther attended the North Maleny school in the late 1940s. They walked or rode their old saddle-horse, Sylvie along a rough dirt track used by the milk trucks; a track that was often cut when Elston Creek and Obi Obi Creek flooded.  Esther recalls that early one afternoon, Dad appeared at school to take them home. He had seen the storm clouds and realised the creek would be up. When they got to the creek it was already knee high on Frank so he picked up Ester to carry her across. He was washed over and he and Esther were swept down towards the cascades. Esther managed to clutch a rough edge of rock and threw her legs out for Frank to grab. Somehow, they survived!   (Later a flying fox was built over the Obi Obi from the Guille’s property to the Wilkins Property and the whole community used it when the creek flooded – even to get milk and cream across.) 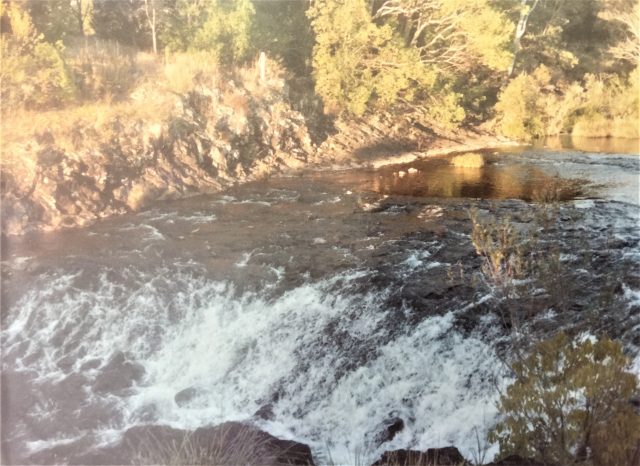 The treacherous Cascades on the Obi Obi 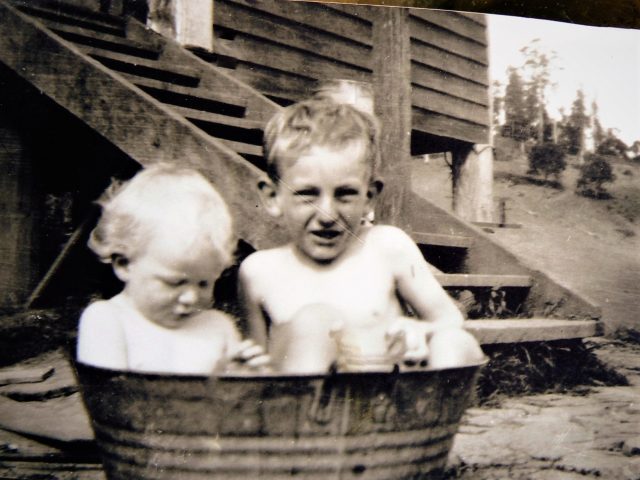 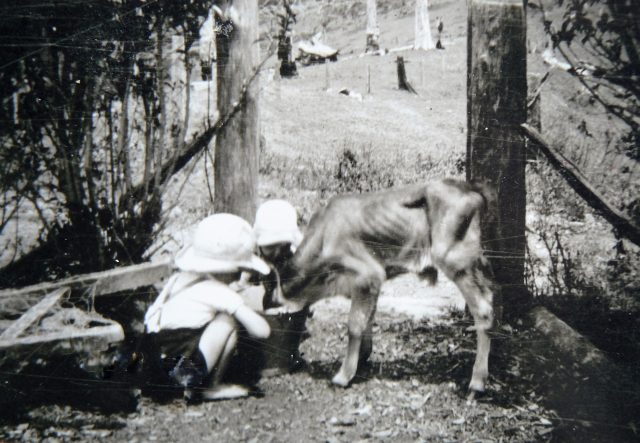 Grant and Kenneth with a poddy calf

After their narrow escape, Grant, Dorothy and Esther transferred to Montville State School in 1951 where their younger sister, Ruth, joined them in 1952. (In fact, Grant and Kenneth had enrolled at Montville in 1947 before transferring to North Maleny.) Back then there was no road from the Pocket to Western Avenue, only a rough track up the escarpment over Bundy Hill to Negus Road to Western Avenue. The kids would walk up the track, along Negus Road, up Western Avenue to school on Main Street. It was a long, difficult 3 mile walk to school.

Dorothy wanted to go on to high school so she could become a teacher and that meant getting to Maleny which was a High Top (Grade 1 to Grade 10). The closure of the North Maleny School in 1953 and the family’s decision to move all the remaining Robert’s children to Maleny with Dorothy in 1954 meant there were now sufficient children for the Pocket to become eligible for a school bus. Watson’s bus did the first official school run from the Pocket to Maleny, followed by Sam Cassell’s Commer Van. However, because the road out of the Pocket to North Maleny, although graded, was steep and partly gravel, heavy rain often resulted in extra holidays.

Esther remembers that by this time the Pocket was full of kids. The extended Rough and Wilkins families in particular shared the school bus up to Maleny. She also recalls that her Mum, who was an active member of the CWA, looked after a number of kids over the years from Maleny families who needed respite and says “we had quite a little community of kids.”

Further down the creek, the Gittins family had their dairy. Les, who took over the farm in the early 70s remembers going in to check on his baby son, Robert, to find a carpet snake trying to swallow him head first. He took appropriate action and Robert was fine and grew up without any memory of the incident and without the nightmares Les and his wife,Leonie, lived with.

This story was the result of interviews with Verley Hooper (nee Roberts), Esther Patrick (nee Roberts) and Les Gittins who drew the ‘mud map’ of the Pocket as he remembered it growing up there in the 1960s.