In February 2018, the Hinterland Times published an article, ‘Rations and Song’, on Italian POWs serving on farms around Montville from 1944 to 1945. The story was written by the Montville History Group and was based on early research and incomplete information. The article concluded with a request for additional information to flesh out this largely forgotten chapter of our history.

In January 2019, Giuseppe Mazzei, contacted the historical group from Italy. He had read the ‘Rations and Song’ story in the Hinterland Times and was contacting us to share information on his grandfather, Pietro Basile who served on E.E. (Artie) Glover’s pineapple farm from March 1944 to January 1945. 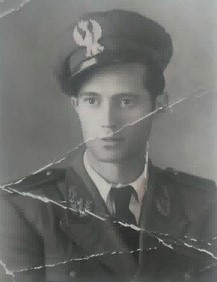 Giuseppe’s family found Pietro’s “secret” diary of his POW experiences in Australia after the death of his grandmother in 2004, and the Montville link led him to the Hinterland Times and then to us. (Apparently it was forbidden for POWs to keep diaries.) He is translating Pietro’s diary and the information he is sharing has been invaluable. 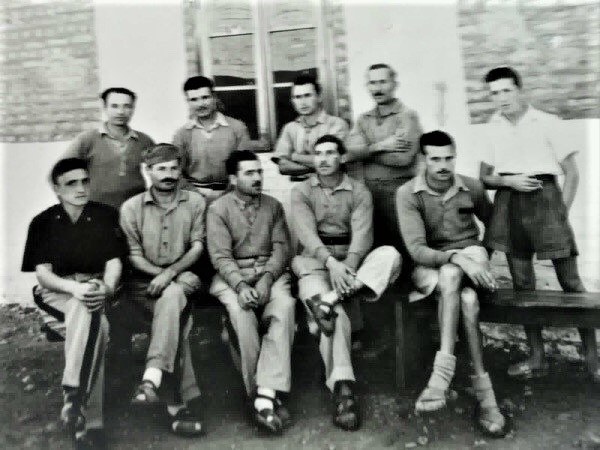 We now know that Pietro’s POW journey took him to India, Cowra, Brisbane and Nambour to finally arrive at Artie Glover’s farm in Montville on 15th March 1944. We also now understand that farms had to take a minimum of 2 POWs with a maximum of 3. An Ettore Zangatesi was assigned to the farm with Pietro. Pietro thought Mr. Glover might have been disappointed because he had hoped for 2 “strong and skilled farmers”, something Pietro and Ettore weren’t. In fact, Pietro writes that he was a painter while Ettore was a musician so he could well have been the tenor whose powerful voice Les Farmer recalls hearing.  Although Artie’s wife, Madge, recalls that “the two at the house at the top of the hill (Cliff Dart’s farm opposite to Glover’s) were real opera singers” (Centenary History of the Montville State School). Pietro and Ettore lived in a small 3 roomed wooden cabin with minimal furniture, an outhouse on Glover’s property on the corner of Mill Hill Road next to the sports ground.

On the 1st June 1944 Ettore requested a transfer from Glover’s farm on the grounds of personality conflict with Pietro. Clearly, POWs had rights which were honoured by the army, including the right to request transfers. He was replaced by Francesco Telesi who only stayed until October when he was replaced with Umberto Pietronigro. Mick Glover, Artie and Madge’s grandson remembers Artie as a strict, no nonsense man and employer.

We now know that one of the reason’s Pietro stayed on at Glover’s farm was because he had met and befriended a seventeen-year-old “land army” volunteer, Ethel Lillian Love, who was also placed on the farm. As essentially co-workers on the farm, it is quite likely that the two developed a close working relationship despite a strict anti-fraternisation policy. Ethel’s descendants tell us that she was quite a shy teenager and enjoyed Pietro’s company – learning Italian from him.

However, Pietro did request a transfer due in January 1945 – being re-located to W. J. Atkinson’s farm at Palmwoods where he caught up with Francesco Telesi. He was replaced by Pascale Serafini.

Although fraternisation was discouraged, Pietro wrote that Mr. Atkinson took them to the beach on 29th January 1945. He records that they had a beautiful day swimming at “Maroochydore and Mooloolah-bah” with the Atkinson family including three of their children, Thelma, Colie and Peter. However, he also noted that Mr. Atkinson was a hard task-master and enforced a strict no smoking policy during work hours despite the POWs receiving a tobacco allowance.

Giuseppe’s contact has certainly encouraged us to keep pursuing the story of Italian POWs assigned to Montville farms.   Australian farmers and their families may have bent the “rules” regarding how they treated the POWs – sometimes to their benefit and at other times, not.

For Giuseppe and his family, the diary has allowed them to get to know a father and grandfather they never had the chance to meet. Pietro died before his daughter, Piera, Giuseppe’s mother, was born. The family is keen to learn more about Pietro’s experiences in Montville and we are keen to learn more about this part of our history so we are hoping older Montvillians can fill in some of the gaps and find old photos of the people, the farms and the buildings.