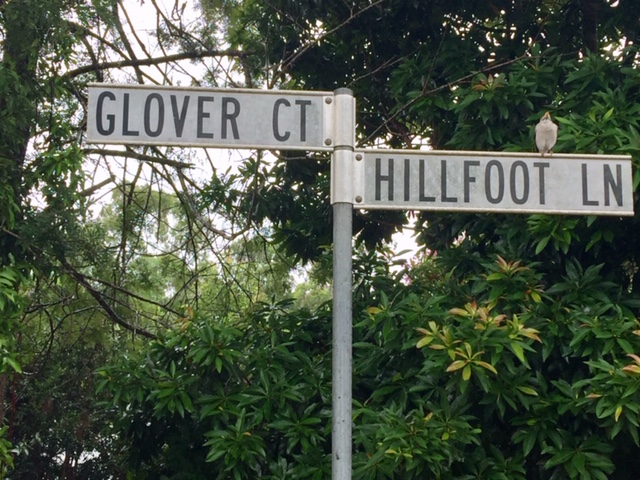 Glover Court is off Hillfoot Lane in Mill Hill, the southern end of Montville. 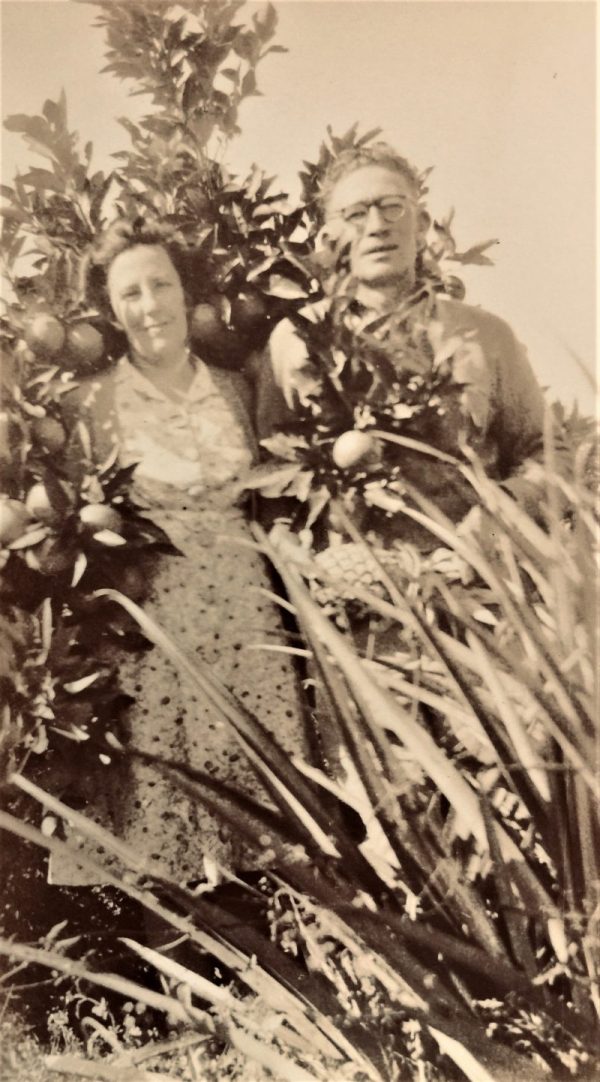 It was named after E.E. (Artie) Glover and his wife and lifetime partner, Ruth Madeline (Madge) nee Ruddy) Artie was a fruit farmer along Mill Hill Road from the late 1930s until the 1970s.

Madge and Artie around 1940s 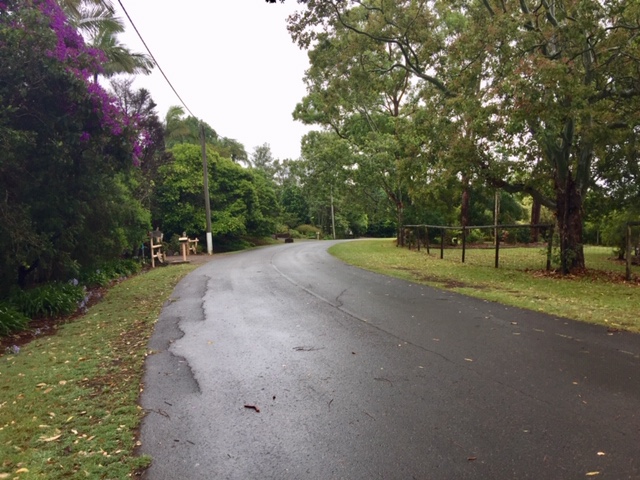 Artie moved to Montville from Yandina in 1933. He worked for Cliff Dart to gain knowledge of fruit growing and farm management and purchased his own farm on Mill Hill Road from Jim Ruddy in 1939. In 1942 when he married Ruth Madeline (Madge) Ruddy, Madge returned to her childhood home at what is now 82 Mill Hill Road. 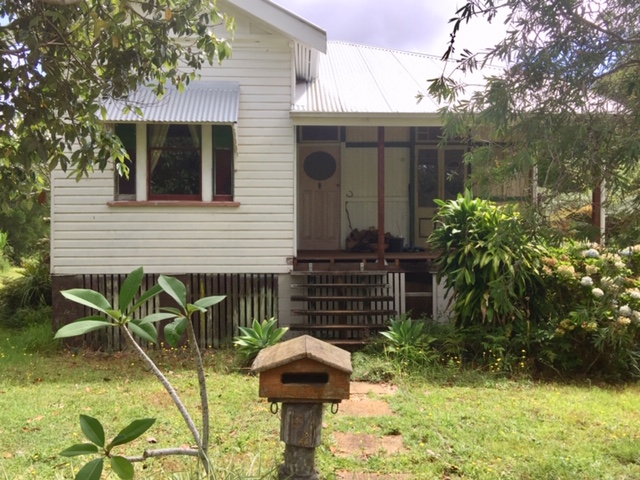 In turn, Jim Ruddy purchased the corner block at the start of Mill Hill Road, bordering on the sports ground, from J. Thomas and built their retirement home on it. (This property was part of the first selection in Montville taken up by T. P. L. Weitemeyer in 1887. When Jim Ruddy died in 1944, Artie and Madge, moved into the new house to help care for Madge’s Grandmum, Ruth Laverick (102 years old) and her mother, Lilly Ruddy. However, Artie continued to manage the farm at the western end of Mill Hill Road.

Artie applied for Italian POWs to be assigned to the Mill Hill Farm. POWs were assigned in pairs and between 1944 and 1945, four pairs of POWs were assigned to Artie with one Pietro Basile working at the farm for over 9 months. (See our Italian POW Stories) In the 1950s, Artie was a Trustee for and served on the Board of the Montville Sports and Recreation Ground where he was a member of the Montville Cricket Team that played for the Montville Ashes. He also served as secretary for the Montville Bowls Club for 3 years and won the Singles Championship for a record 12 years. Artie was also an active member of the School P&C, the rural fire brigade, the Fruit Growers Association and the Methodist Church Trust. 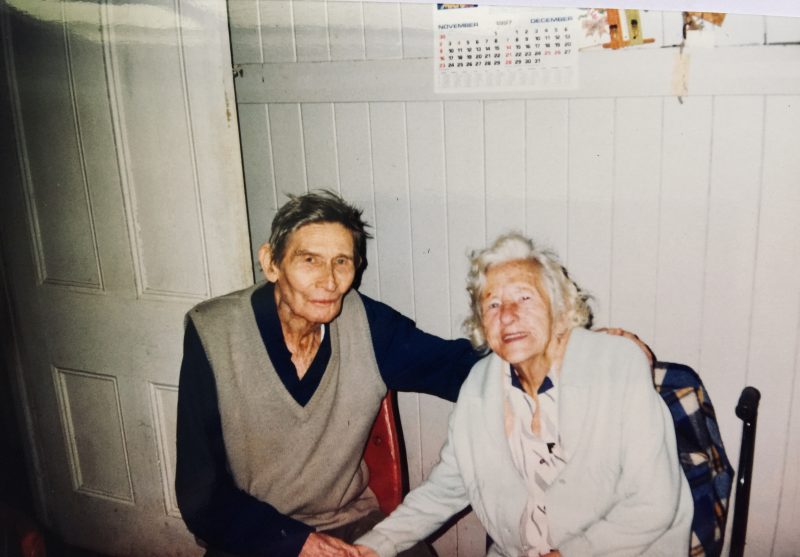 Artie died in 2000 and Madge in 2006. Their Grandson, Michael Glover still lives in the family home and farms the property with a new focus on avocado production.

(Based on information and interviews held in the MHG archives.)