We lived at 30 Manley Drive for 10 years. When I went to renew my driver’s licence in 2009 just after we moved in, the Maleny Police Station questioned this address. I was assured Manley Drive did not exist. I replied that it certainly did and that I did in fact live in Manley Drive. Reluctantly, 30 Manley Drive was noted as my current address. 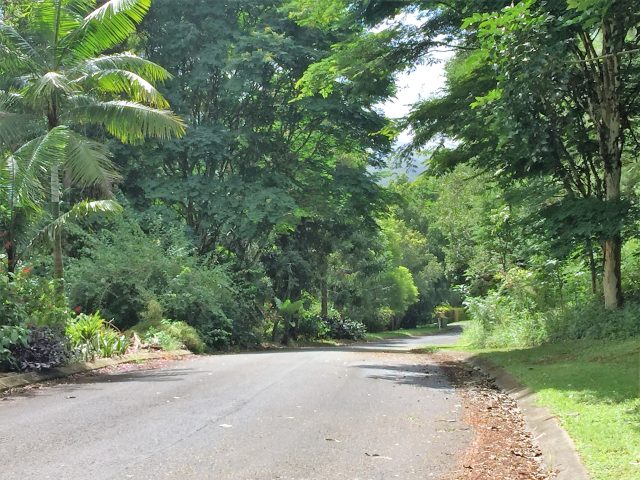 The leafy verges of Manley Drive

Manley Drive was built in the 1990s. It is the only road off the right of Western Avenue as you drive out of the village. It is about 3 kilometres along just past Flame Hill Winery. It was built by Kerry and Mary Donohue who developed 8 acreage allotments along it from a section of what was once Manley’s dairy farm at 257 to 261, Western Avenue. It is a quiet, tree-lined avenue that wends its way down to a Council environment park that stretches towards Kondalilla National Park.

Kev Manley built his farm house, sheds, dairy and piggery in the early 1930s. He kept a very old fig tree, Ficus watkinsiana, in the front yard over the feed shed and garage. The fig tree is still there and the property, which was always identified by its towering presence is now formally named “Fig Tree”. He married Doreen Wyllie, a widow with 3 children in 1934. The children, Ernest (Ernie), Ellen (Nell) and Adele (Dell) adopted the Manley surname and were enrolled at the Montville State School in 1935.

Dell married Les Harper and they built and lived in a cottage next to Kev and Doreen. They had two daughters, Sue and Anne who live  in Dulong and Nambour respectively. 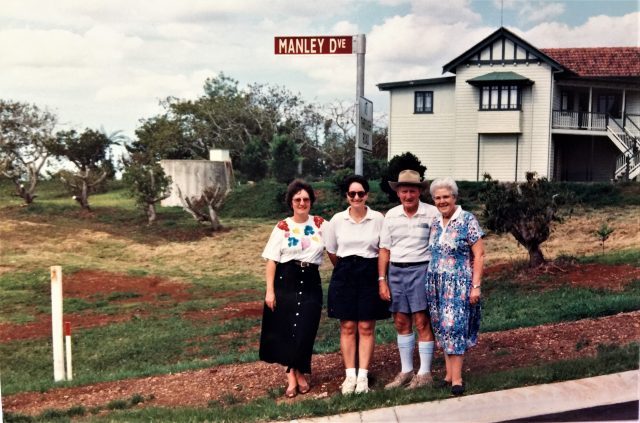 They remember Doreen being very active in the Montville Bowls Club, serving on its executive for years, and also in the Montville Branch of the Country Women’s Association. They also remember being forbidden to go into Pa’s office. Kev was a member of the Montville Masonic Lodge, becoming its Master in 1966 – 67: his regalia was housed in his office and it was sacrosanct.

Kerry and Mary, who still live on the Range, thought that it was fitting that the road into their new development be named after the Manley family whose land they had acquired and who had made such a noted contribution to the Montville community over 50 years. The present generation of the family is delighted to have their parents and grand-parents recognised and honoured in this way.