The scent of pineapples instantly transports me back to Montville and my Grandparents’ farm where I spent many school holidays.

The Grandparents were the Monty Smiths of Western Avenue, or “Back Road” as they sometimes called it. 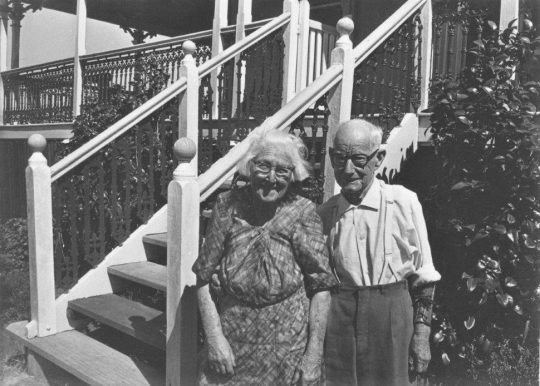 The pineapples they grew were packed under their high-set house, the scent permeating the whole area. 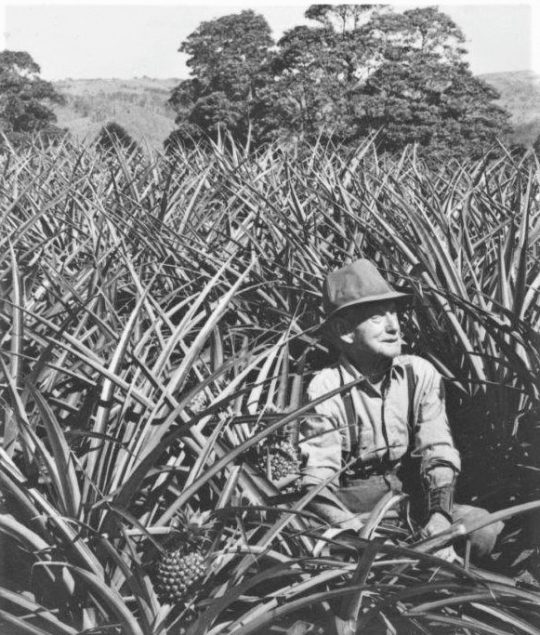 Monty Smith among his pines

It was here friend Aileen and I played while Grandma made cases for the fruit, that cushioned with wood wool, was packed for market in those cases. We made good use of any empty ones to mark the walls of our playhouse.

My brother and his boy cousins remember being taught by Grandfather to shoot, trap birds and other bush skills. Sometimes Grandfather went shooting in the Baroon Pocket scrub and, if he came home with Brown Pigeons (or others) Grandma would make a most tasty and delicious stew with them. 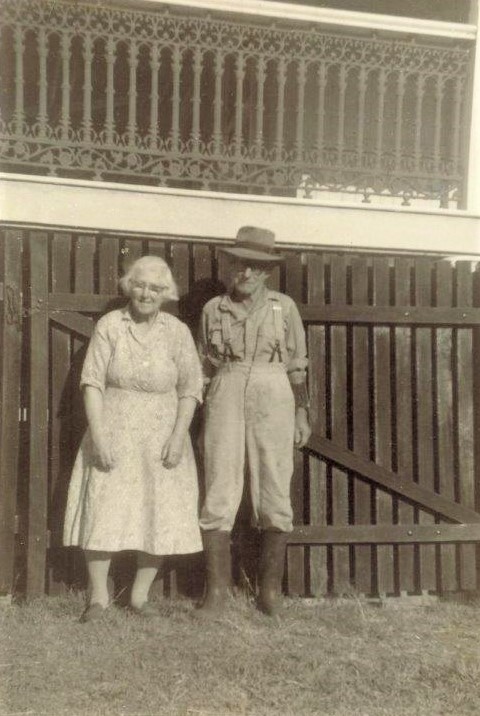 We relished the fruit of the weeds growing along the track to the front gate. In hindsight those small, sweet, yellow berries were probably the cursed “Tom Smith’s Yellow Raspberries”. Black berries were there too, for our enjoyment. Grandma kept an eye and ear out for those dratted “Chullawongs” (currawongs?) intent on sampling her strawberries. She didn’t hesitate to use her rifle, taken from its home on the kitchen wall.

Occasionally my brother and I were given a large glass jar to take to the store where Mrs White would add several scoops of ice-cream. We would race home as quickly as we could to enjoy this treat before the ice-cream melted too much.

Dinner – never “lunch”- was always a cooked meal of meat and vegetables eaten while the wireless was tuned to the ABC for the Market Report, followed by the long running serial “Blue Hills”.

At night we climbed into the very high bed facing the floor to ceiling window that opened on to the verandah with its iron lace border. It was on this verandah that the Grandparents were married and where, after the wedding breakfast they, and their guests, danced until the wee small hours. 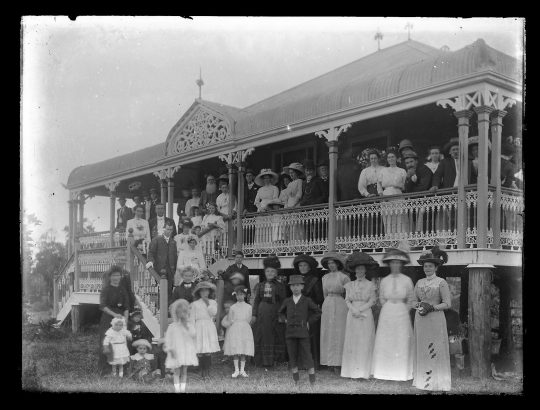 The wedding of Monty and Ethel Smith at their home, 1913

There were no pets until Fox Terriers came into their lives. The dogs were good hunters but, inevitably, each fell victim to a snake bite. One morning Grandfather took us to the sunny edge of a patch of Lantana to show us a snake coiled around her eggs.

The Triantelopes (Huntsmen) were huge but, as we were assured they were harmless, we didn’t worry about them.

At one time bananas grew on the slopes of Baroon Pocket. The fruit was sent via a “Flying Fox” to the top of Mill Hill where it was collected by the fruit carter. One year during the wet season I was unable to be returned from Montville by car to our home at North Maleny so the Flying Fox came to the rescue. I remember standing in a large wooden box, clutching my Christmas doll, as I was lowered down the hill to the Pocket where Dad was waiting.

With the exception of this event we didn’t do anything very exciting on our holidays with the Grandparents but we made our own fun from very little and I look back on those days with affection and appreciation.