The children of George and Maria Butt

George and Maria Butt were amongst the earliest settlers in Montville, Their story is told elsewhere on this website. They had ten children, though only six survived infancy. Here is what we know of the Butt Children.

George John was born in Edington, Warwickshire 29/12/1876 and died on the 17/09/1948
He came from England with his family, lived in Montville and farmed in the district. George’s son Albert Edward who was born in 1896, probably named after his dead uncle who died in 1886 aged four months, served in World War One and is listed on the 1914-1918 Montville Honour Board. Albert who was single and worked as a farmer was lucky. He enlisted on the 13th May, 1918 at aged 18 years 6 months. His parents George and Annie were required to sign a consent form. He Completed his training, was assigned to the 7th Rifle Division and on the 14th October, 1918 he boarded the troopship SS Wyreema but when at sea the troopship was recalled and Albert disembarked in Australia on 21 December, 1918. The signing of the Armistice on the 11th November, 1918 had intervened and the war was over. He was discharged from the A.I.F. on 6th January, 1919.

George John followed his father George senior as Master of the Montville Masonic Lodge and then his son Harry was Master in 1933-34 and again in 1944-5. His Grandson Harry Butt died in April 1987 after 60 years of service to the Lodge. A School Bursary was approved in his name in 1987, however he did not live to present it. Until her death in 1991, his wife Edna made the presentation at the end of each school year. Harry and his wife had no children, but a nephew, Graham George Butt, the son of George the younger son of George Jnr. became a member and served as Master in 1990-91, making it four generations of Butts who have been active in the Lodge. The Bursary to the school in the name of Butt was very appropriate because George Snr. had been one of the original men who had fought to ensure that the school became a reality. 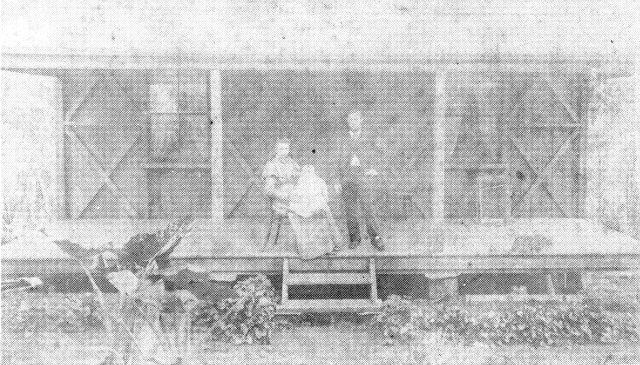 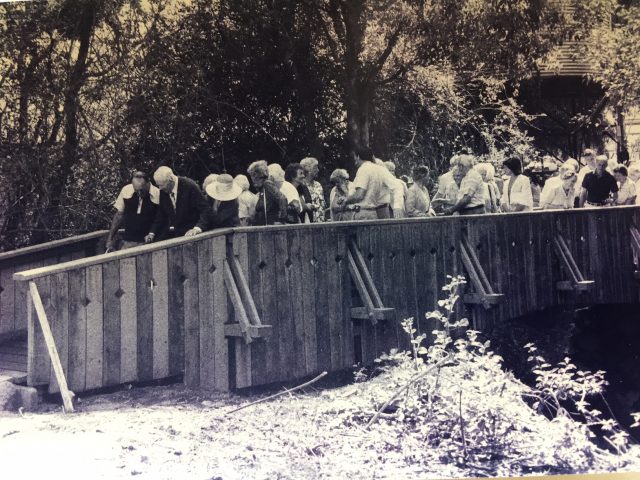 Harry Butt leading the procession across the Centenary Bridge, 1987

William Joseph was born in Edington, Warwickshire, England, 12/03/1881 and died on 31/07/1940
William immigrated with his family to Australia in 1884. He married Miss L. Unwin of Bald Hills, Brisbane and engaged in fruit growing and other interests in Montville. George Senior had started a general store at Maroochydore under his house by the river. Following his father’s retirement In 1922 W.J. ‘Billy’ Butt opened a general store in a new building near the Victory hotel and ably assisted by members of his family, he built up a successful business connexion.
The business was later moved to Duporth Avenue. It was also the location of the post office from 1922 to 1948. In the early 1920’s visitors arriving at Maroochydore from Nambour by tram and connecting boat service were met by Billy Butt. He would meet the tram at Bli Bli and take holiday makers to Maroochydore by boat. In 1922 the Maroochy Shire Council commenced building a road suitable for motor traffic to connect Nambour with the coast at Maroochydore.
For the last three years of his life he had suffered ill health until he passed away aged 59 years, just three years after his father’s death. He was an esteemed and prominent businessman of Maroochydore. His son, G.S.C. (Cliff) Butt took over the business. At his time of death he was survived by his wife, Mrs Butt, a son Cliff and daughter, Mrs N. Fielding and three grandchildren. William Joseph is buried in the Woombye Cemetery.
The following is a tribute included in his obituary. ‘Mr. Butt was one of those unassuming and esteemed characters who was animated with a deep public spirit. He was one of whom it could be said that the spirit of charity permeated his being. He earned the respect and esteem of all who knew him. From him visitors in the course of their business requirements and while staying at the resort, sought information respecting the best fishing spots on the river, the tides, and other helpful information, and the ‘fishing prophet’ as he was sometimes titled, was usually not very far out. His nature was that of benevolence and kindliness of disposition. The late Mr. Butt will be missed from amongst his large circle of friends. No one has ever been heard to speak unkindly or disparagingly of him. He adhered to the highest principles of life, and his trying illness was born with great fortitude. To him, Maroochydore owes quite a lot. But the memory of such a man as William Butt will be cherished by all those who had the pleasure of knowing something of his personality which was an influence for good in the community and in his family circle.’

Annetta May born 27/09/1889 at Montville and died 18/08/1968.
Annetta married William Dudley Eggleton, born 1889, Fullham, London and died 21/07/1929. William had left England on 15/04/1911 and married Annetta on 4 July, 1914. The couple lived at Montville and were fruit growers. William enlisted in the Armed Forces in WW1 at aged 28 years. He is described as 165cm tall, with a dark complexion, brown eyes and dark brown hair. He had defective vision and wore glasses but passed the medical and dental examinations. He was a Private in the Australian Naval and Military Expeditionary Force and trained in the Technical Department as a wireless operator stationed in Rabaul, New Guinea. He returned from Rabaul on 06/08/1919. Before arriving in Australia he had been a member of the English 9th Middlesex D.O.O. Regiment for 4½ years. His name is on the Montville Memorial Board for WW1. The couple produced 4 children including Albert William 1917-1977 who served in WW2. Annetta is buried at St Matthew Anglican Cemetery, Sherwood, Brisbane.

Eveline Mabel Butt born 30/05/1896 at Montville. Died 07/05/1960. Eveline was appointed an Assistant Teacher at Montville State school and later married Walter Smith of Hunchy. Walter was born on 1/02/1898 and died 27/07/1968. Both are buried in the Witta Cemetery, Qld. The headstone for Eveline is spelt Evelyne and date of birth listed as unknown. The couple farmed at Conondale.

References
Trove – Nambour Chronicle and North Coast Advertiser
Sunshine Coast Council
Transcript of the June 27, 1966 text from the photo above the door of the Montville Hall
Ancestry.com