The Dome was built in 1972 by Roy and Rosalind Hayes.

It is the geodesic dome designed by the famous American architect Buckminster-Fuller.  At the time of building, it was one of the first constructed in Australia.  Originally, inset in the ceiling were rainbow coloured windows that threw colours on the floor and walls.  During construction it caused quite a stir amongst the council (who had given permission but perhaps didn’t realise what it was) and the local community who didn’t feel that it fitted the English feel of Montville.  Architectural students from St Lucia University came to see it as it was such a new concept.

The base was used as a silkscreen printing workshop and the dome was filled with colourful handcrafts made by local residents.  We also provided Devonshire teas for tourists.   The view from the deck surrounding the dome had a wonderful view of the coast.

From 1986 the Dome housed Gallery D and Pantano Glass with directors, John and Beryl Davies. The gallery featured works of Queensland and Australian artists. There were also displays of Jewellery, pottery, glass, woods and marquetry. 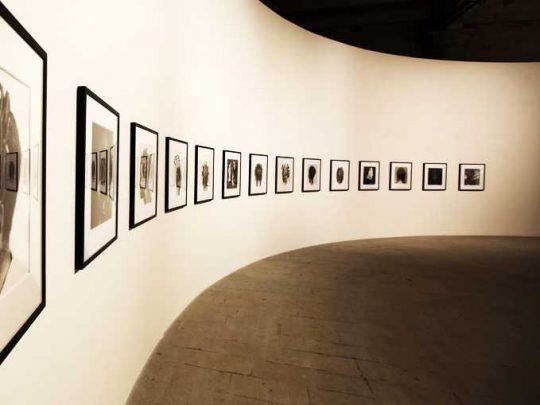 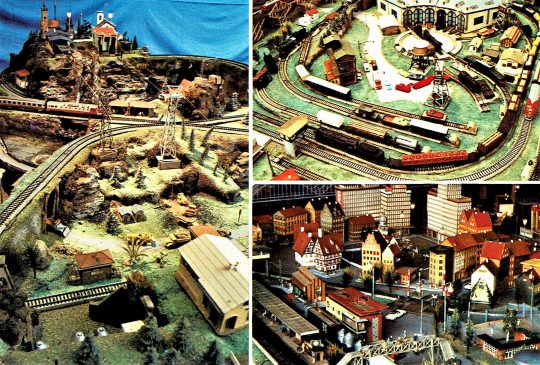 Postcard of the Model Railway, The Dome 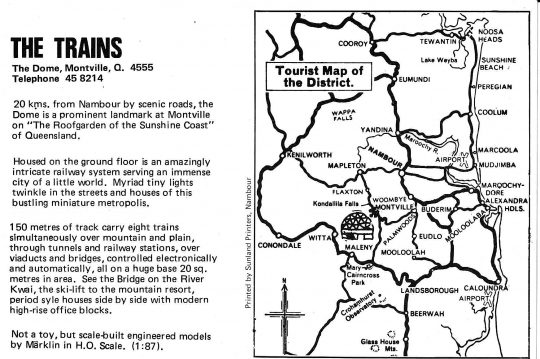 Postcard from the Dome about the model trains 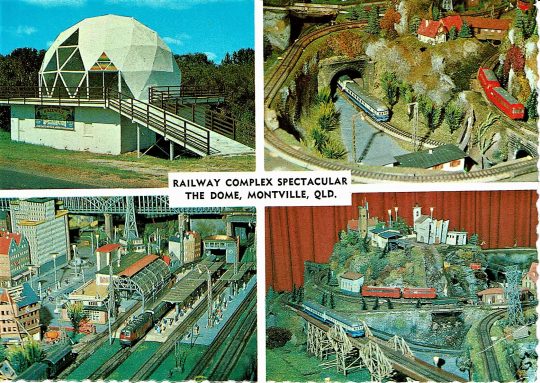 Postcard of the Dome and Model Railway 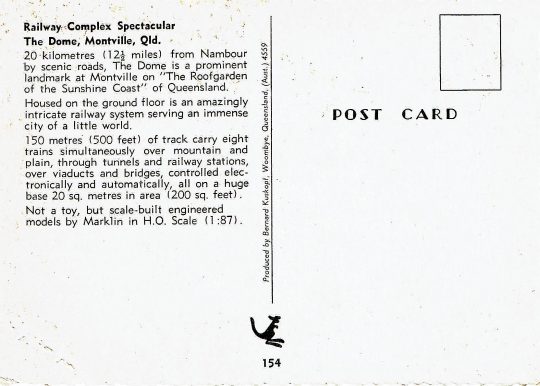 Postcard of Dome and Model Railway reverse side

Today the Dome is looking forsaken and forlorn with graffiti on its ramp, broken windows and overgrown vegetation. It has been derelict too long to revitalise what was once a much-loved Montville icon. Now it is sadly waiting for its finalise demise. 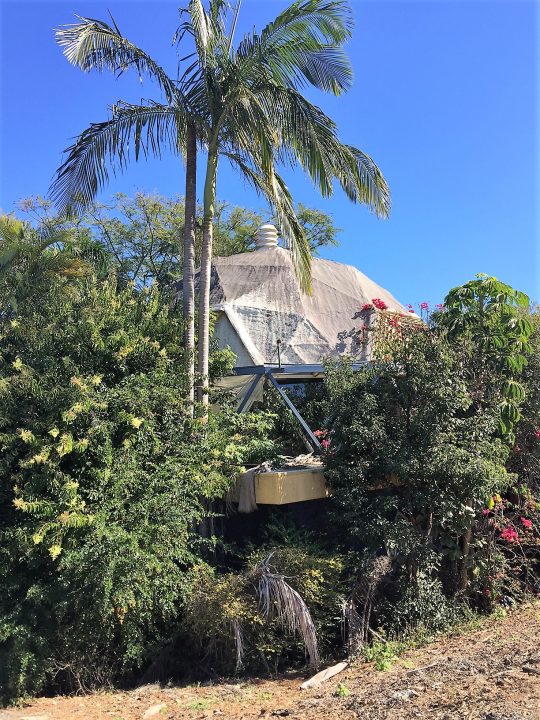