Their daughter, Alice Ann was born in December 1885 at Glanford Brigg. Their first son, William, was also born at Glanford Brigg on 08/07/1887. The young family left from London that same year and arrived in Brisbane on 4/2/1888 aboard the “Duke of Argyll”. 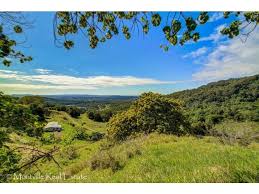 Frank was an early advocate for a school at Montville (Then known as Razorback). Along with other selectors he petitioned from 1893 till the successful enrolment of his children, Alice, William and Henry in October 1896. He and his neighbour Frank Morrison walked the three quarters of a mile up the Razorback track to the school to be the first two families to enrol their children.

Frank died on 13/08/1913 at St Helen’s Hospital, Brisbane. He was 59 years old. His widow remained on the property and her son, Henry helped her run the farm. Her children and their families all remained quite local – at Mapleton, Eudlo, Montville and Palmwoods. Elizabeth Senescall died in 1935.