When Pineapple was King

Long rows of grey-green spikes once crowned acres of Blackall Range slopes. It was postcard pretty but represented back breaking work for farmers. This mighty pineapple realm established a multi million dollar industry despite it humble beginnings as a mere curiosity.

The rough leaf pineapple was introduced to the Queensland Colony by Lutheran Missionaries based at Nundah, Brisbane in 1838. However, in 1881, the smooth leaf pineapple was introduced from French Guiana via France and Kew Gardens, London.  (It was this variety that became the centre of Queensland’s pineapple boom.) Gillie Warren records that Alf Bowser introduced pineapples to his farm, ‘Lilydale’, (on the site of what is now Montville Mountain Inn), in the early 1900s with his first commercial crop being shipped to Brisbane in 1906.

Before long, the Blackall Range was recognised as a premier pineapple-growing district and pineapple farming began to replace citrus farming as the main fruit crop on the range. Gradually, acres of land along the ‘North Coast Line’ from North Pine to Gympie was turned into pineapple farming. Then, in 1916, a returned soldier re-settlement scheme saw 100s of returned soldiers settled on new farms of between 20 and 40 acres around Beerburrum and Woombye to grow pineapples. Although many failed, others bought failed farms and became more commercially viable. Between 1932 and 1942, pineapple production in Queensland doubled. It doubled again between 1952 and 1956. A large proportion of these crops were produced in the Maroochy Shire and Woombye was recognised as the third largest pineapple producing area in Queensland, both in terms of number of farms and total production. The pineapple was king of fruit being grown in the ‘North Coast’ hinterland.

This remarkable growth led to farmers establishing the Northgate Committee of Direction Fruit Marketing Cannery as a cooperative to preserve fruit through canning in 1947 under the brand name of Golden Circle. (Golden Circle was purchased by Heinz in 2009.) At the same time, post war tourism saw many more southern visitors attracted to the ‘North Coast’. In 1952, newly elected Mayor of Maroochy Shire, David Low, saw an opportunity to re-brand and promote the pineapple through targeting the tourist market. The Golden Pineapple Week was created and launched in November 1954.

There were 9 entrants For the Pineapple Queen Competition from: Eudlo; Palmwoods; Woombye; Montville; Yandina; Maroochy QATB; North Coast Life Savers; Nambour Show Society; Maroochydore Sub-Branch of the RSSAILA (RSL). Montville’s entrant was Dell Manley whose brother, Ernie Manley, had a pineapple farm on the Western Road (Western Avenue) around the start of what now is Manley Drive. Miss Yandina, Pat Rafter, was crowned the Golden Pineapple Queen. Although Montville missed out on the Golden Pineapple Queen, some years later it had its own pineapple celebrity when local farmer, John Thirnbeck, decided to farm his pineapples in gum boots – only; creating a prickly situation for his neighbours (and himself.) 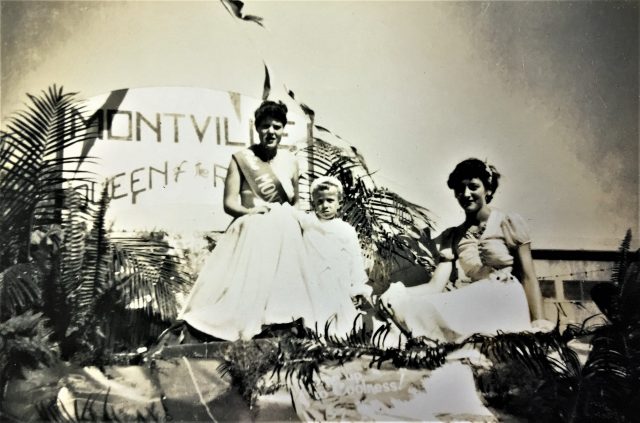 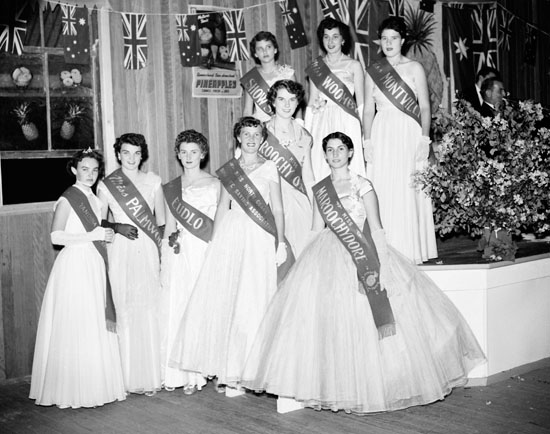 The Pineapple Queen Ball was held at the Nambour Show Pavilion. Queens were nominated from local districts and organisations. They raised funds which were used for nominated purposes in their home town or district and rode on decorated floats in the grand Festival Procession. This was a highlight of the week-long celebrations to promote the North Coast’s pineapple industry. The procession was followed by an afternoon carnival and a special night programme with the crowning ceremony of the winning queen. 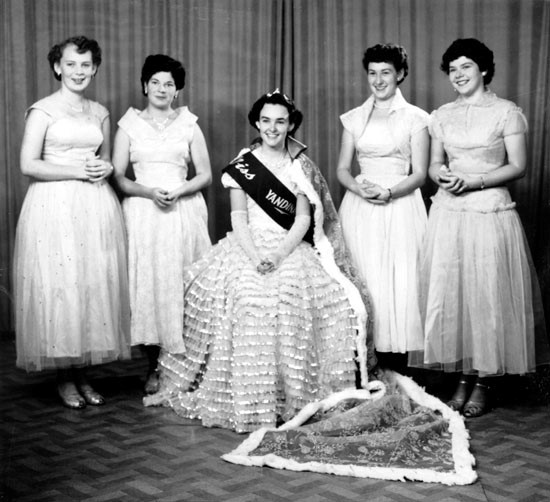