The 1990 Montville School students’ competition for the best design and motto for Montville’s own flag had more than fifty entries and was judged by artists Thel Merry and Kay Breeden-Williams. Jack Warren OA of Western Avenue, the original ideas mans behind the Montville flag donated book prizes to the value of $50 from Narnia Bookshop (now long gone). 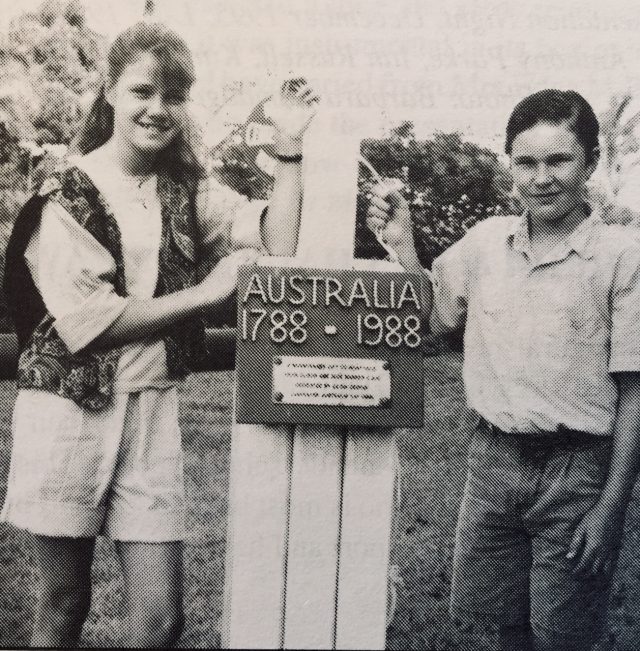 They chose the design by Joe Adkins (Year 6) and the motto by Rachel Kennedy (Year 7). Joe’s design incorporated the school colours of green and yellow as well as white and blue which signify peace and loyalty and truth in heraldry.  His design featured four iconic Montville buildings – the Hall (originally the School of Arts, 1903), Misty’s Restaurant (originally the ‘lolly’ shop and home of Alf Smith (1919-27), a Church representing both the Uniting Church (1912) and St Mary’s (1914), and the present Montville school (original was built 1896). Two trees, a Bunya symbolising the First People and a tree of amorphous design representing other, later Montville flora and people, frame the central shield containing the buildings.

Leonie Gittins, a Kondalilla applique artist created the original flag and it was raised for the 1992 Montville Australia Day celebrations along with the Australian and Queensland flags.

Over the years, the flag has been flown as part of Australia Day celebrations, but recently it was misplaced, and it was decided to create another flag until the other turns up. Pauline Priest, an applique artist from Flaxton volunteered for the job and has created this new flag ready to be raised for Australia Day 2020. 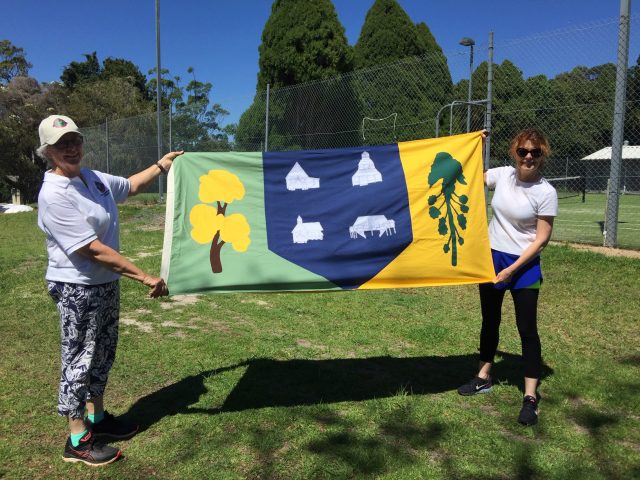