A Gesture of Reconciliation 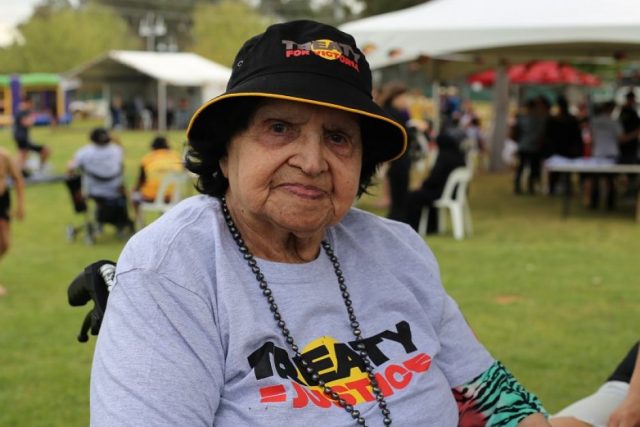 In her acceptance speech, one of our Australians of the Year, Yorta Yorta elder and teacher, Aunty Frances Mathyssen AM, urged white Australians to listen to and hear the “Aboriginal Voice”. I realised that the Montville History Group had been less than forthright in how we have tried to capture First Nation history of the Nalbo Clan of the Jinibara people on the Blackall Range. Perhaps, in a gesture of reconciliation, I can redress that now.

In the past, we have acknowledged the role Aboriginal women played in helping the white women, wives of early settlers, many of whom had to survive months of isolation without their men. We have noted that there are no records of hostility, either against the settlers or the Aboriginal people. Vague, undocumented rumours about an incident at North Maleny/Witta have never been verified or substantiated. There was a disgraceful massacre of Jinibara people further west in the Kilcoy area but it seems that the relationship between the two cultures was relatively conflict free on the Blackall Range.

One explanation for this might well relate to the significance of Baroon Pocket to so many Aboriginal Peoples. Baroon Pocket was an important political, cultural, ceremonial and social meeting place for Aboriginal Nations across South East Queensland and North East New South Wales. These roughly bi-annual conferences negotiated treaties, settled differences and disputes, facilitated trade and approved alliances. Early settlers saw them as Bunya feasts but in reality, they were closer to a United Nations of central coastal Aboriginal Nations.

Perhaps as a consequence of this status, there is little evidence of regular Aboriginal occupancy of the area so, in a sense, the traditional practice of dispossession was not a factor. There were richer lands in the Obi Obi/Mary River valleys and the Kilcoy area, where conflict did arise. However, white settlement on the Blackall Range and the land surrounding it did have a dramatic and irrepairable impact on Aboriginal life. European settlement denied Aboriginal Nations their traditional access to Baroon Pocket. Without overt aggression, the centre of Aboriginal culture for the central coastal Aboriginal Nations was destroyed. European diseases like Small Pox, Chicken Pox and Measles decimated the people until today, the survivors of the Jinibara people struggle to recapture the cultural complexity of their nation.

We cannot change history. We must acknowledge it, warts and all, and seek to redress the wrongs done, even if they were committed in ignorance. The truth is that we must look to a reconciliation that recognises the damaged we have done to the world’s oldest nations through both symbolic and practical measures like an apology, a treaty, and meaningful recompence. Perhaps one practical step in this process is to disassociate our celebration of Australian nationhood from the historical occupation of the imperial deceit of Terra Nullius.