Frederick Leslie (Les) Farmer was born in 1929 out of wedlock. Back then that was tough! In 1944, at age 15 his Dad (Frederick Leslie Farmer) left his Mum (Anetta Mabel nee Vining). That was just as tough. It’s fair to say that Les grew up with a chip on his shoulder. He felt he had to work hard to be accepted and to gain the respect of the Community. And he did!

In 1944, Les remembers Italian POWs living in the “house at the top of the hill” on Cliff Dart’s Farm singing opera. He also remembers soldiers based at the sports ground opposite training before being posted to New Guinea. Both the POWs and the soldiers swapped precious preserved/canned food for fresh fruit and vegetables.

Les had two younger sisters and a younger brother. His brother, Norman David, died three years earlier and Les helped his Mum with the banana farm she owned opposite the Sportsground along Balmoral Road and helped provide for his younger sisters, Dorothy Annette and Lilian Maud.

After the war things were tough. After twelve months on her own, Anetta decided to sell her property and Artie and Madge Glover offered her the workers’ shack on their farm at the end of Mill Hill Road until the family got back on their feet. (This was the four-roomed shack where the Italian POWs were housed throughout 1944.)

At 17, Les started to work for Trevor Carter who had a sawmill at the end of Mill Hill Road and ran a small trucking business. Les remembers the tram tracks that ran from the mill down to Baroon Pocket. Logs were winched up the tracks by a big old Thornicroft truck. The family stayed on the Glover Farm for eighteen months and then bought the first house on the right in Gaden Road off Western Avenue. Like so many homes built at the time, the house had four rooms, a hip roof and a verandah out the front. When Les was about 23 he bought the house from his Mum who had decided to leave Montville.

While working with two mates, Trevor Carter and Cliff Martyn, Les would drive past Manjalda or even sit in his truck before heading over to Flaxton and his mates teased him about the new girl who was working at the Guesthouse. Cliff Martyn’s wife was the sister of the ‘girl in blue’ that had caught Les’ eye.  A very shy Margaret Cassos of Greek heritage was similarly teased about Les. She had applied to go nursing and was staying with her sister at Flaxton. She celebrated her 19th birthday at Manjalda and two years later she left home to marry Les. 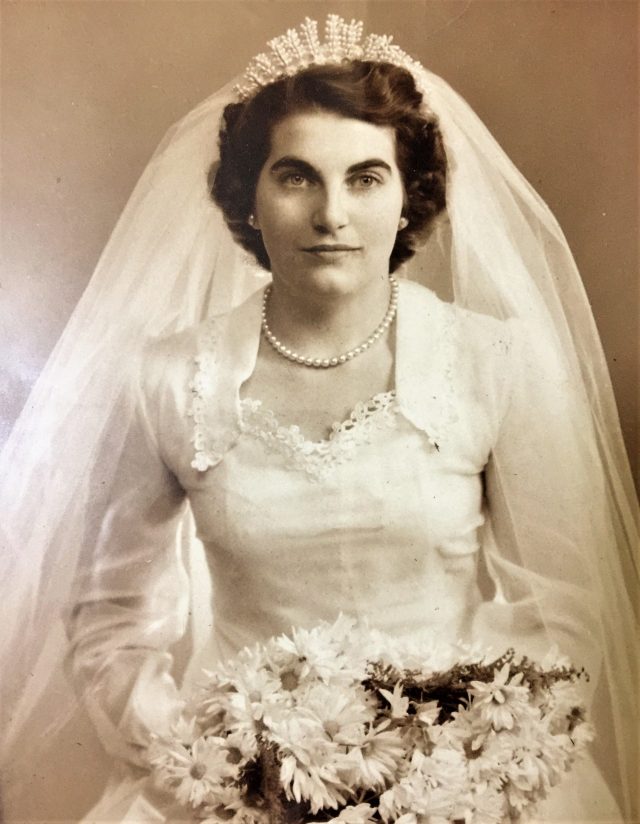 Margaret as a young bride

They were married at Margate in 1954 and were the second couple to be married by Marcel Spengler. The same Marcel Spengler was later a minister on the Nambour Circuit from 1978 to 1987 and married both Farmer daughters at the Montville Uniting Church.

Margaret and Les lived in the small workers cottage in Gaden Road. But it wasn’t long before Les needed to extend the home for a growing family. Basically, he decided the only part of the original worth saving was the flooring.

In the early 1950s, Trevor Carter sold the trucking side of his business to Les. Then in the early 60s, Les was approached by Clive Williams to manage his trucking company, Tropical Fruit Transport, based in Woombye and trucking fresh Queensland fruit and vegetables to Sydney and Melbourne markets. At its peak, Tropical Fruit Transport had 22 semis on the road. Les became a director of that company, but his own business remained a small local carrying business based in Montville, where Les was a hands-on truck driver. He remembers collecting the cream cans along Western Avenue from the Manley and Sinclair dairies.

Les and Margaret had 7 children; Karen Anne (1955), David Leslie (1956), Neil Ashley (1958), Linda Louise (1960), Noel Andrew (1964) and the twins Mark Jonathan and Ian Matthew (1969) . They all attended Montville State School. Margaret was the youngest girl in her family of three boys and three girls. Tragically, many of her siblings died young from Bright’s disease or from heart conditions and Margaret had always said she wanted three boys and three girls of her own. The twins were intended to be her third girl to complete her dream. Their arrival was quite dramatic – no one knew that there were two babies until Margaret was in Nambour hospital having a caesarian delivery. She had been told she needed to come into hospital but went home and washed and cooked before returning to the hospital. The babies were tiny just over three pound and two pound 10 ounces. It was another six weeks after Margaret and Mark came home before Ian could leave the hospital.

When Les sold his trucking business in 1974, he decided to apply for a position with Australia Post. He aced their entrance exam and worked for them until he retired. 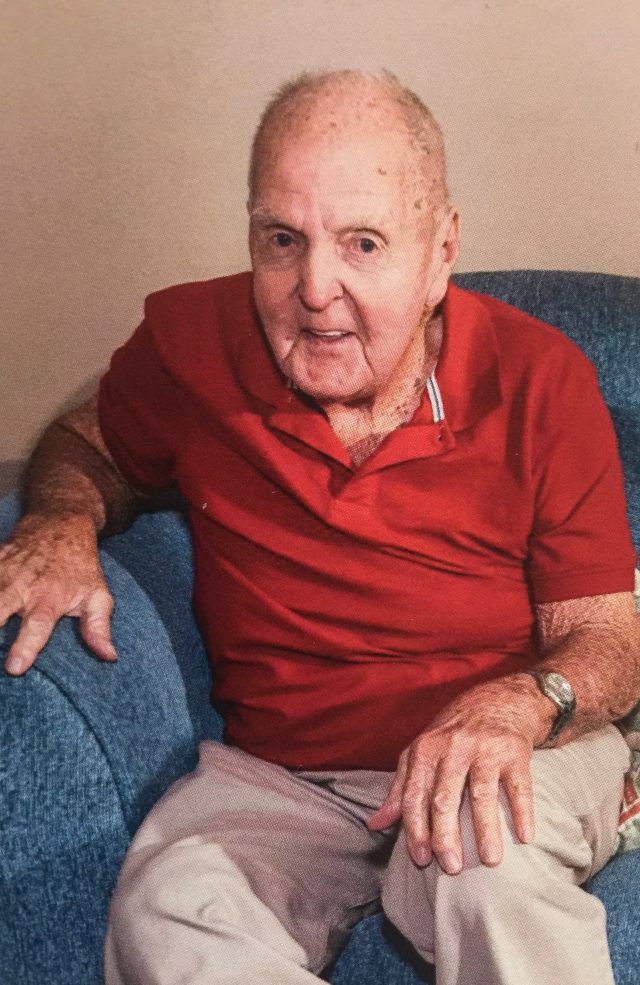 As a shy young mother of 4 in 1962, Margaret helped form the Montville Ladies Social and Benefit Club and became press secretary. Within two years she was president and had overcome her nervousness of speaking in front of people taking on the advice of her friends – to speak from her heart. Margaret became active in Meals on Wheels, served as both secretary and treasurer of the Montville State School P&C, started the school tuckshop and the annual fete. In 1997, Margaret became the first female member of the Blackall Range Woodcrafters Guild, serving as secretary until 2000.

Les is immensely proud of his shy Greek bride. He tells that she has won an amazing 8 community awards, including:

Of all these, the one that hangs most proudly on the lounge wall is the last – the Montville Lifetime Citizenship Award. Margaret feels that Montville’s recognition of her service is the ultimate reward for her devotion to Montville.

Over the years, there have been a number of families that have contributed to the evolving community of Montville. Undoubtedly, Les and Margaret Farmer are one of those families who helped shape the Montville of today.

Based on an informal chat with Les and Margaret  at their home, (Feb 2019). Doug and Cate Patterson