The Prime Minister, John Curtin, called on the United States for assistance in the fight against the Japanese aggressors. He also called home the Australian troops fighting against the Nazi regime overseas. These troops arrived back in Australia in March 1942. Fresh from fighting in the deserts of North Africa, they had now to defend their country in the jungles of New Guinea. To facilitate this, a number of jungle training camps were established in various locations including Mapleton.

With thousands of men and women away on active service or engaged in essential wartime industries, workers were often in short supply. During these times of labour shortages, three ex-World War one veterans kept the Flaxton sawmill running: Ray Plowman; Frank Hetherington and Roy Copeland. Each owned their own small farms but with determination and a lot of extra working hours they kept both their farms and the sawmill running.

One morning at smoko the three returned servicemen turned sawmillers were sitting out in the log yard enjoying mugs of tea when Frank pricked up his ears, “Listen,” he said.

David told me how Dad had drawn mud-maps in the dirt with a stick and pointed out the way. Their journey back to their Mapleton camp was only a few miles but if they tried to cross Baxter Creek in the wrong places, they would have difficulty with the extremely steep and rocky terrain.

The soldiers finished their tea and scones and just as they were about to leave, the driver said, “You can expect more soldiers through here on foot. The poor blighters are being sent with full military pack and rifles down to the Obi Obi and back. It is supposed to give them a taste of what it will be like in New Guinea.”

Over the next few weeks more men in Bren gun carriers pulled into the sawmill while others came on foot, slogging their way over the steep western slopes of the range then back to the Mapleton camp. Mum never left any of ‘our boys’ go by without a cup of tea and whatever she had baked that day. All were thankful to experience a little bit of home away from home.

Although I was very young, I can remember one of the Bren gun carrier drivers taking me for a ride in his war machine. Strangely, the one vivid memory I have is of a pocket watch hanging on a chain and bobbing about like a pendulum as we roared along.

Inevitably, the serving soldiers found out that the three men running the mill were all WW1 veterans and the yarns began flowing freely. David told me another story concerning the returned soldiers and the currently serving army men.

Dad mentioned that part of his training for WW1 combat included the ability to accurately fire fifteen rounds per minute into a target. The Bren gun carrier boys were up for the challenge. They grabbed their .303 rifles and army issue ammunition and proceeded with the sawmillers to the rear of the sawmill. There they spent half an hour or so firing their fifteen rounds a minute into a dead tree or into the giant sawdust heaps. Moments like these live on in memory for lifetimes. 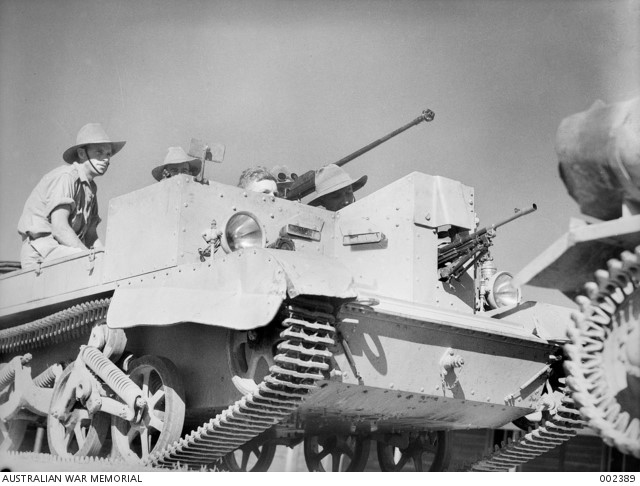 The time came for the men of the 2/7 Regiment to abandon their Mapleton training camp and, “Chase the Japs to hell out of New Guinea.”

Standard practice required all superfluous goods and materials be destroyed or discarded when shutting down a camp. Some of the soldiers remembered Mum’s kindness and came bearing gifts and to pay one last visit. They brought boxes of tinned custard and condensed milk.  These we greatly appreciated because many food items were impossible to procure at the time. For months afterward we enjoyed the luxury of condensed milk and tinned custard whenever we felt like it. Both substances went well with wild raspberries and wild blackberries. Harold invented condensed milk sandwiches.

Well after the war finished, we found out that the 2/7 Regiment had fought in the defence of Port Moresby, the battles of Popondetta and Sanananda Track and in other theatres of war. Their casualties were high with 54 killed and 67 wounded. Another 200 contracted malaria and four died from scrub typhus. Four Military Medals were awarded.